The iron screw steamer Bega was wrecked on 5 April 1908 when it capsized off Tanja Beach, between Tathra and Bermagui. There were 38
passengers and 12 crew members on board. 1 death occurred : of a passenger who had been ill and who died while being brought ashore.

The vessel was a twin-screw steamer, which was powered by compound 98hp engine. Mastered by Captain Bishop the 567-tons, 57.7m-long, the
vessel was sailing from Tathra to Sydney. It was built in Greenock, Scotland, in 1883 by Russell & Company and was used for coastal transport of
passengers. The Illawarra & South Coast Steam Navigation Company owned the vessel.

Wreck was dived by the Sydney Project for the first time on 26th October 2004. 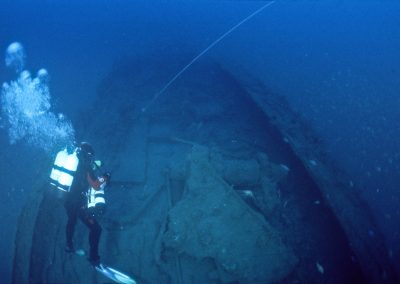 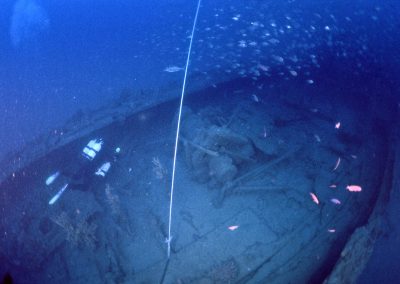 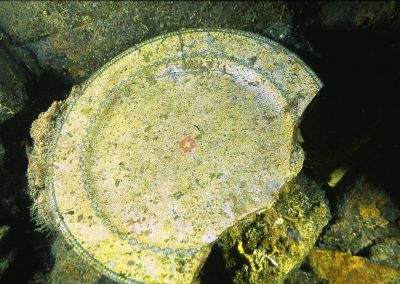 A Dinner Plate from the SS Bega 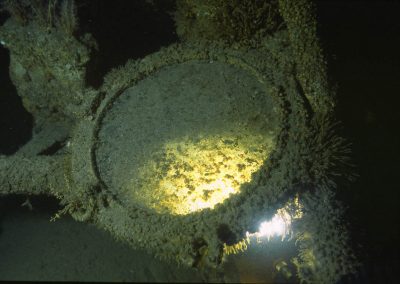 A Port-hole from the SS Bega

The wreck of the Bega lies in a depth of 76 metres off Bermagui in the south coast of NSW, Australia. The ship belonged to the Illawarra and South Coast Steam Navigation Company. The Bega sank after departing Tathra wharf on April 5, 1908, for mysterious reasons. All escaped in lifeboats except for one male passenger who died of a heart attack.