The SS Cumberland struck a German mine during WW1, and is the  first casualty of war in Australian waters. It was beached on Gabo Island for
repairs, before being towed to Eden when it struck heavy seas and sank.

The cargo of copper and lead was recovered in 1951 using Bell technology to lay explosives on the deck and then use a grappel to remove
parts of the decks. Other Cargo was frozen meat and wool. No free-swimming divers ever saw this wreck since.

The wreck is broken up, but over a large area, with artifacts everywhere. Dived for the first time by Sydney Project on 8th Nov 2003, it was confirmed that this was indeed the wreck of the Cumberland, by finding bones, copper ingots and letters on the bow of the wreck. 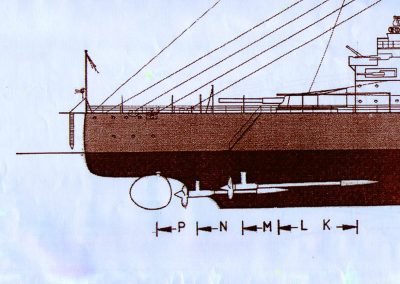 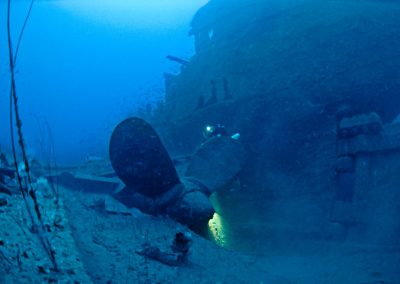 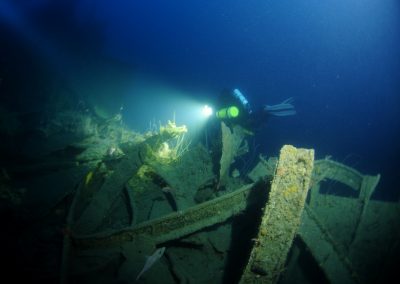 Sandy lights up the Cumberland 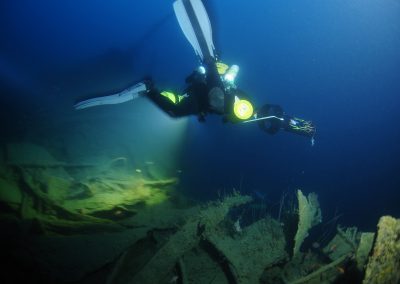 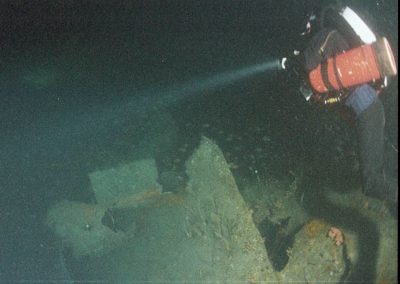 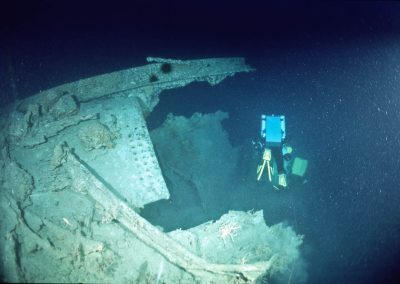 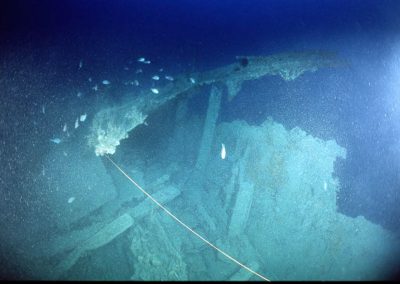 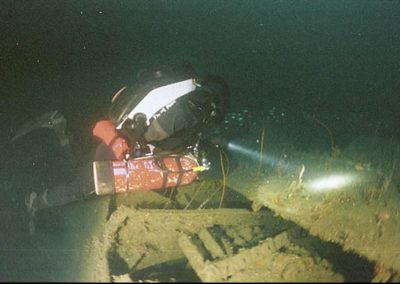 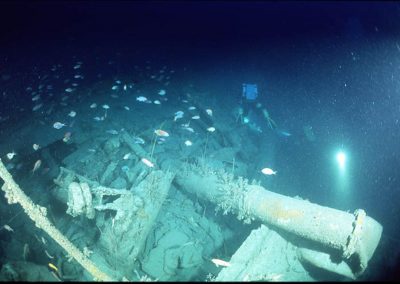 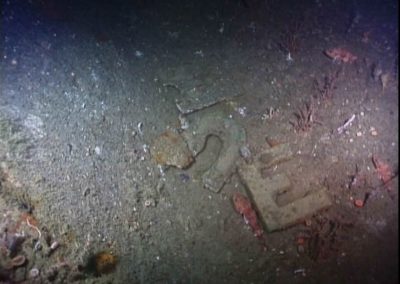 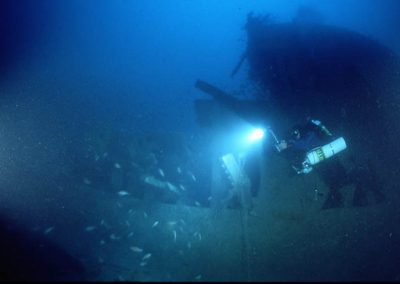 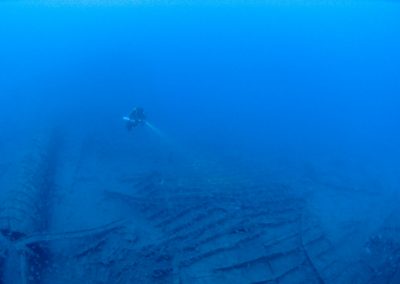 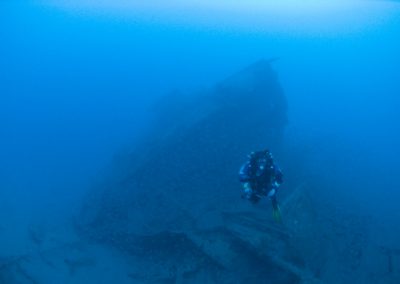 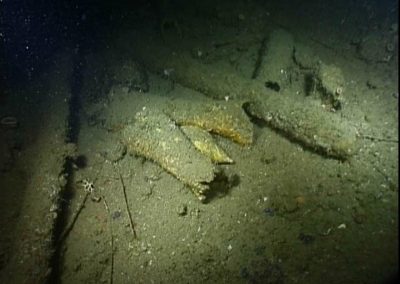 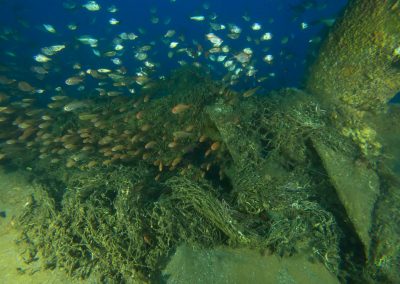 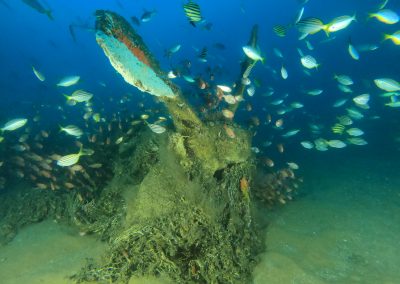 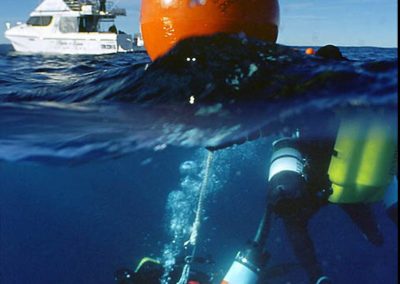 The line where the sky meets the sea