The SS Wear was wrecked 15 kms off Montague Island on 8 September 1944 after a collision at night with the Norwegian freighter MV Anatina.  The vessel was struck amidships about 1:00am and almost cut in half. Many of the crew jumped into the sea in their pyjamas, with the vessel sinking some forty minutes later. All but Newcastle man Harold Pring survived. The Wear was travelling at about 10-knots towards Newcastle to load coal. Newspapers record a crew of 32 or 56.

The 1892-ton steel was built by John Brown in Sunderland, United Kingdom in 1911, and registered at the port of Melbourne.  The vessel had a length of 81.6 metres and a beam of 11.5 metres and was powered by a triple expansion engine. A collier operating on the Newcastle to Melbourne route, Wear was owned by James Patterson & Co., Melbourne.

Wear was reputedly armed with a DEMS gunner attached to the crew.

Continuing studies will confirm the identify of this wreck to be the Wear, or perhaps clarify if this is actually The Coast Farmer instead. 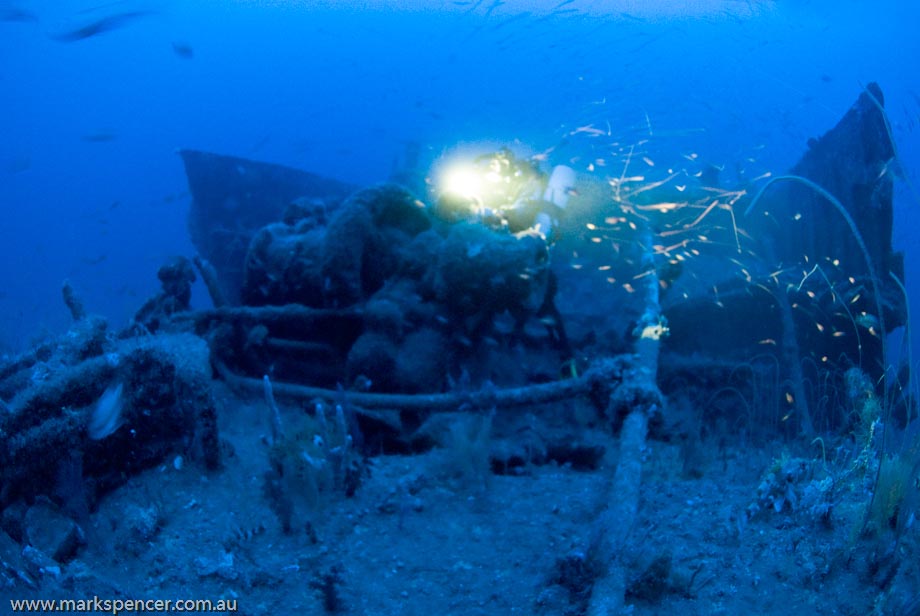 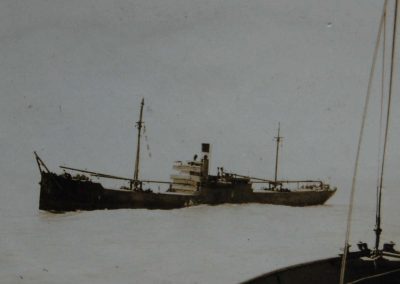 The broken bow of the coastal steamer Wear, which sank on September 8, 1944, about 9 miles off Montagu Island in 120 m depth. The Wear collided with MV Anatina. All her crew were rescued but one seaman suffered fatal injuries. The Wear was bound for Newcastle to load coal. Both vessels were locked together for about 10 mins, but the Wear was almost cut in half and sank immediately when they were separated. One lifeboat was launched, and her crew of 56 spent a short time in the sea before being rescued. Length 268 ft (81m), Built Sunderland, England in 1911. 1,892 tons gross, 1086 tons net. This photo shows the split in the bow part of the ship where presumably the Anatina hit. The remainder of the shipwreck is substantially intact with the bridge having largely collapsed. Frits Breuseker models.